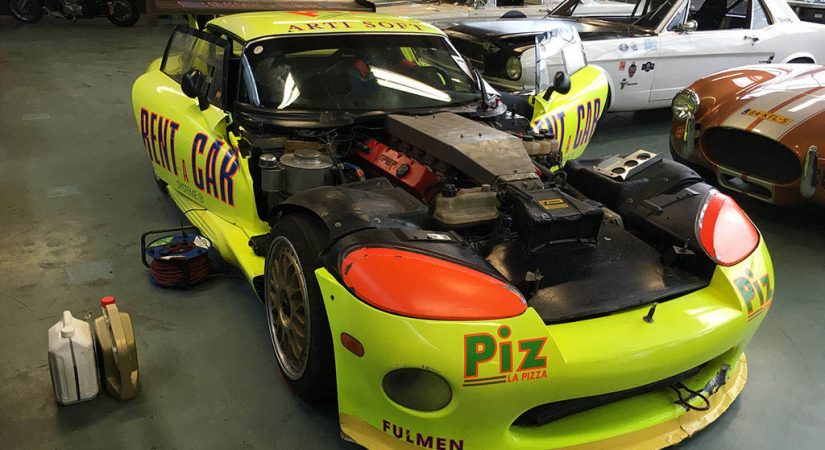 After many years we woke up the legendary 1994 Dodge Viper RT/10, which was the first Viper to join the Le Mans 24 hours race.

In 1994 the famous Belgian tuner “Luigi Racing” prepared two Vipers for the 24 hours of Le Mans. Chrysler France wanted to join Le Mans with a ‘Rent a Car’-team to polish the image of Chrysler and Dodge. This Viper with number 41 finished the race and from that time the Viper would dominate the GT-racing for the next 10 years. After the race on Le Mans number 41 has been used for races in China and South-America but after 1997 it wasn’t a match for the production racing Vipers any more.