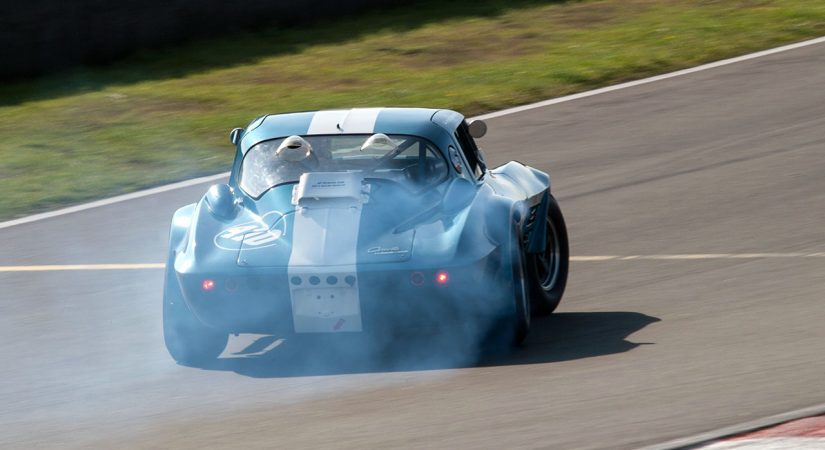 During the 2017 edition of the Historic Grand Prix Zandvoort the NK HTGT got divided into two classes of the Masters Series: the touring cars joined the “Masters Pre-’66 Touring Cars” while the GT cars joined the “Masters Gentlemen Drivers”. Within the Gentleman Drivers race there were two racing distances: a 1 hour race for the NK HTGT contenders and a 1.5 hour race for the others.

On Saturday Frits Campagne and Jasper Izaks joined the Touring Car 1 hour race with the Ford Falcon. Due to a heavy crash earlier on the day, the race got shortened to 40 minutes. After an exciting race Frits and Izaks finished fifth, being second in their class.

Campagne & Kalff won the race and Voerman finished on the sixth place. Jip van Putten had to retire from the race just before the finish. Next to the winning, Campagne and Kalff also managed to set the fastest time during the race: 1:58.992!